The Museum of London has a couple of apps which look interesting, one called Streetmuseum, available on iPhone and Android, which uses augmented reality, together with geo-mapping, to enable users to overlay old photographs onto real physical locations: 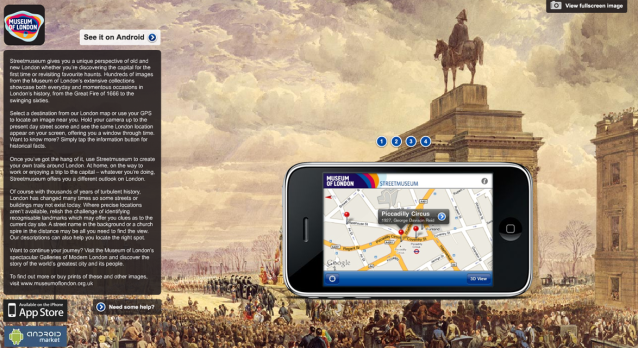 And another called Soundtrack to London, only available on Nokia smartphones / Ovi store, which brings up context aware music trivia, linking to the Ovi store where you buy the tracks.  Both interesting in terms of a possible future AHRC research bid with Sarah Street from University of Bristol, drawing on archive research and oral history gathering to explore the history of cinema exhibition in the South West, using geo-mapping and context aware media to make the archive accessible to the public.

This entry was posted in Augmented Reality, Heritage. Bookmark the permalink.