You stupid boy!: Ian Lavender is the voice of the Curzon’s Victor Cox

Ian Lavender is the voice of Victor Cox in the Curzon Memories App, which is due to be launched on App Store and Android Market soon.  Ian was in Bristol for the Slapstick festival, which included a restrospective on Dad’s Army. 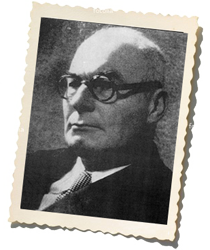 Victor Cox (left) and his father James Newton Cox, were originally monumental stonemasons who projected moving pictures in the town hall.  They built the Picture House, the first cinema to be built on the site of the Curzon Community Cinema, Clevedon (UK), in 1912.  At one point in the Curzon Memories App we meet George Dimond who worked for Cox as a “button boy” whilst still a school boy in the 1930s – the name button boy comes from the uniform he wore with brass buttons up the front.  Dimond’s duties included showing people to their seats with a torch and crawling through a trap door to open the curtains on the projetionist’s signal at the start of the show.  He was also responsible for plugging the hard of hearing into the cinema’s audio system up on the balcony.  He used to work from 5-11pm every school night and Cox sometimes asked him to work for free for on a Saturday as well.  He describes Cox as “the meanest man in Clevedon, he was tighter than the wallpaper on the wall”.  So I imagine Cox, on overhearing George’s version of him, barking, “Dimond! You stupid boy, go and wire Mr Calderwell up for sound!”  – it was hard to resist an intertextual reference to Ian’s role as “stupid boy” Pike.

Listen to ‘You Stupid Boy!’ on Audioboo

Wedding of James Newton Cox to Blanche Harwood, with the young Victor Cox on the right

In contrast, Cox’s stepmother, Blanche Cox, nee Harwood, is described by George’s wife Kathleen as “the nicest woman you could ever hope to meet”.  According to Maurice Thornton’s book, The Everlasting Picture House, Blanche had been an operatic diva prior to her marriage to James Newton Cox (left), his third wife, and her stepson Victor stayed with her after his father’s death until she died.  They continued to run the cinema until the end of the Second World War, in 1945.

Kathleen Dimond, who worked for the Coxes in their grand home on Dial Hill Road (below), remembers Blanche singing during the interval occasionally. 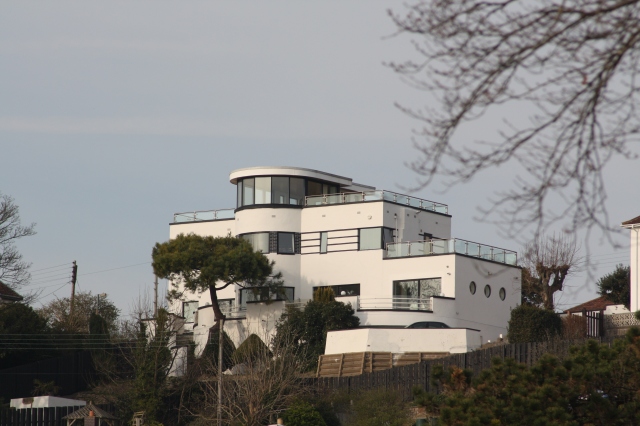 In the app Victor’s voice represents the hard-nosed businessman whose main concern is bums on seats, whilst Blanche represents the magic of cinema: “Look at them with their shopping bags, we should have built a supermarket the amount they spend in a week”, remarks Victor commenting on the Lidl and Morrisons stores that have sprung up behind the cinema; “No, no, no, darling, the magic of the moving pictures, Clevedon needed a cinema,” retorts Blanche, dismissively.  I asked Ian to play Cox as a mixture between the officious Captain Mainwarring and the down trodden Pike, living in the shadow of his over-protective stepmother Blanche, played by Anna Farthing, who’s interpretation was informed by the cut-glass accent of Marguerite Patten, the doyenne of British cookery.

Notwithstanding George Dimond’s characterisation, Victor Cox is also known to have been a great benefactor to Clevedon and paid for two charabancs to drive all the builders of the 1922 cinema to a picnic to Cheddar Gorge.

If you look closely you can see Blanche, James Newton and Victor Cox in the foreground

Right from the start, I wanted to explore the idea of having conflicting voices, contested histories in the app – which at no point claims to be a historical document – memory is fallible and subjective and it’s right that the different characters can comment on their own representation.

3 Responses to You stupid boy!: Ian Lavender is the voice of the Curzon’s Victor Cox