Inside the pipe chamber of the Christie organ @ Curzon

Popped down to the Curzon today to test the final iteration of the Curzon Memories App only to find (having conicidentally posted about cinema organs only yesterday), that the Curzon’s Christie Cinema Theatre Organ was in the process of being installed, so I’ve just been wedged inside the pipe chamber, a tiny confined and slightly claustrophobic space into which the electronics, wind pipes and a variety of instruments (including woodwind, brass, percussion and sound effects) are being skilfully squeezed by a team of volunteer experts. Here are some snaps: 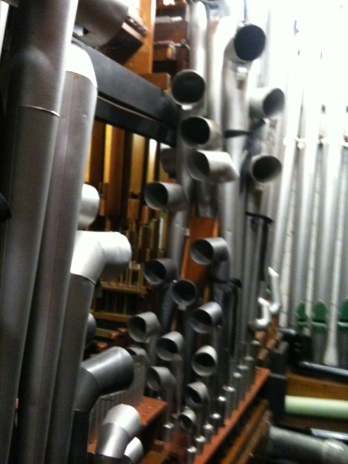 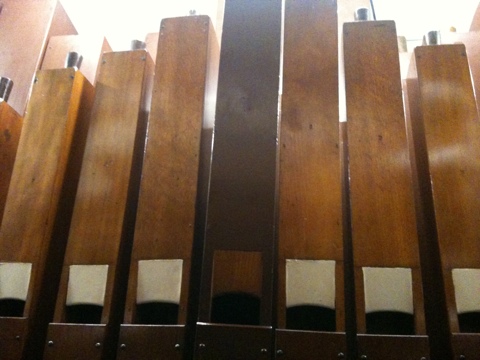 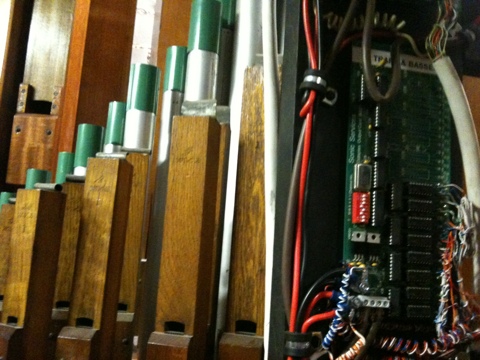 A brief interview with Ben Snowdon who gave me the tour and a blast of the organ being tuned to follow via Audioboo…. I feel an additional QR code coming on!

With regard to the App test – still a few issues with GPS which we think we’ve sorted out now – so one final test on Friday and then we’ll submit to the App Store and Android with a few to launch later this  month.  In the meantime you can still try the App Furnace Demo.